Published by Sierra Monica P. on February 17, 2015 under Office 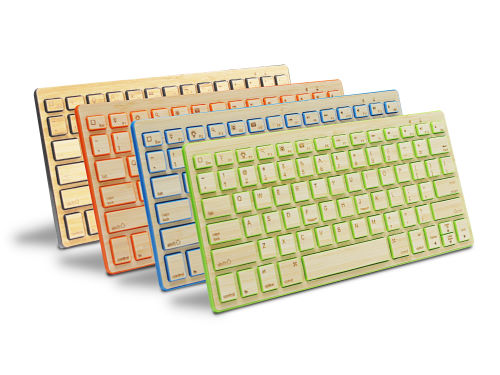 Looking for new computer peripherals and phone cases made from natural wood? Impecca just added several new products to its collection of bamboo and wood accessories. The Impecca Bluetooth Bamboo Keyboard and Bamboo and Wood iPhone and iPad cases are promoted as the first bamboo computer products available on the market. END_OF_DOCUMENT_TOKEN_TO_BE_REPLACED

The Rave Case for iPhone and iPad

Rave is one of those cases that provides double functionality, being useful as a protective layer on your handset, as well as a stand. What I like most about it is the built-in stand design and that it’s available for both the iPhone and iPad. END_OF_DOCUMENT_TOKEN_TO_BE_REPLACED

A Real Paintbrush for Tablets and Smartphones

Published by Sierra Monica P. on November 22, 2014 under Mobile 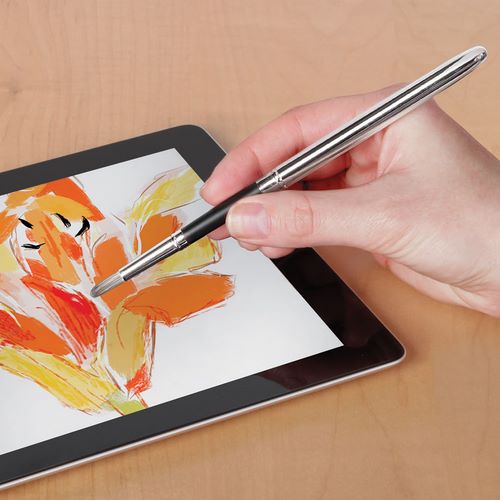 With the iPad Paintbrush you can create beautiful digital artworks on the iPad, other tablet and on your smartphone. The tool features synthetic hairs infused with conductive properties and feels like a regular paintbrush. END_OF_DOCUMENT_TOKEN_TO_BE_REPLACED 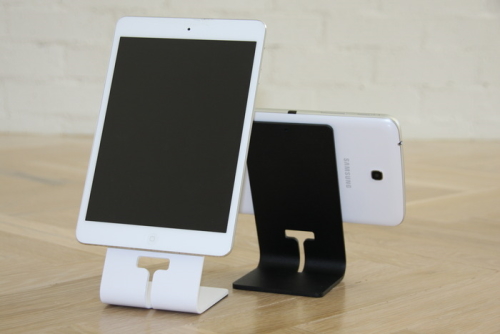 “L”-shaped stands are not something new, but I like how this model inspires simplicity and ease of use. SETA was created to hold tablets and smartphones without occupying much space on a desk or adding bulk to devices it holds. END_OF_DOCUMENT_TOKEN_TO_BE_REPLACED

Published by Sierra Monica P. on April 29, 2014 under Mobile 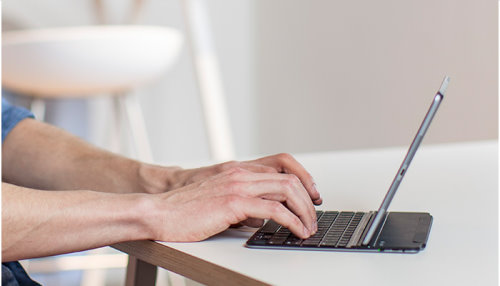 Earlier this month, Logitech introduced the Ultrathin keyboard cover for iPad Air, iPad mini and iPad mini with Retina display. This new keyboard cover is thinner and lighter that previous models from Logitech and was designed to improve flexibility and to provide more freedom for the user when needing to adjust the viewing angle of the tablet. END_OF_DOCUMENT_TOKEN_TO_BE_REPLACED

Retailing Made Easier With iPad POS

Published by Sierra Monica P. on January 21, 2014 under Office 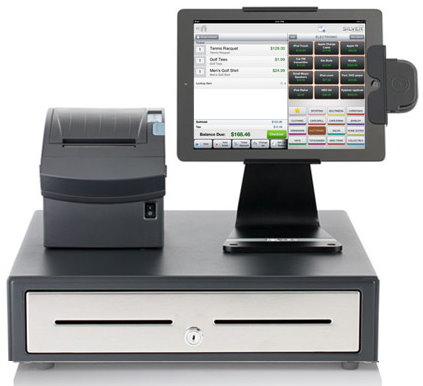 iPad’s and other tablets are gaining popularity among both casual and business users. High on technology, rich in features, easy to use, and mobile, these devices loaded with suitable POS solutions, are effective and viable alternatives to cash registers and stationary point-of-sale systems that are widely in use today.

With several competitive iPad POS solutions on the market from companies such as Paypal, Groupon, ERPLY, NCR, Square and others, it is important to understand that not all these software packages offer the same features, or are applicable across industries. The choice of POS should be based on business needs and budget constraints. END_OF_DOCUMENT_TOKEN_TO_BE_REPLACED

Write, Draw and Paint in Detail on the iPad with one Stylus

Published by Sierra Monica P. on September 5, 2013 under Office

Pogo Connect is a smart pen designed for iPad tablets and you can use it for handwriting and sketches, but recently, Ten One Design added new features to the world’s first pressure-sensitive stylus powered by the Bluetooth 4.0 technology and these are the capabilities to draw and paint using interchangeable tips. END_OF_DOCUMENT_TOKEN_TO_BE_REPLACED

Capture Those Moments of Your Kids Right on Your Phone! 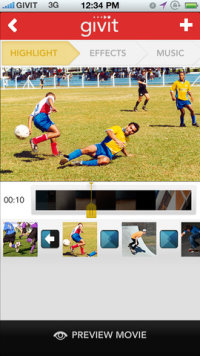 As a sports mom you’re constantly snapping photos, recording clips of your son or daughter’s games; basically, your phone is always on hand to ensure those special moments are captured. Through your endeavors of recording your child’s sports games you may have noticed some errors, as you play back the videos and watch what you have recorded you might notice a hand jumping in the video or half of the video you don’t have a clear shot of the game. This may be fine until your video misses that game’s winning shot or you child’s star moment. What if there was a way to edit as you go, to record the video YOU want?

Welcome the next big thing in the app world, Givit, a new video app for your iDevices that allows you to record and edit amazing videos that are full of the moments you want to capture. This nifty app allows you to enhance all those great moments you’ve captured. You’re even able to edit and upload videos you have stored elsewhere. Want to share your video masterpiece highlighting your child’s wonderful performance in their basketball game? No problem. Givit has customizable sharing settings that will allow you to directly upload your video to Facebook, YouTube, and even to email contacts. This app, unlock many others, is really designed with the user’s needs in mind. END_OF_DOCUMENT_TOKEN_TO_BE_REPLACED

How iPads Are Revolutionising Education

Published by Sierra Monica P. on February 13, 2013 under Mobile 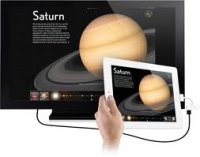 The classroom has certainly changed in the few years since the iPad revolution took over the world. The iPad has transformed the way school children use it in the home and the classroom. It has become a commonplace and significant tool for education. Aside from the easy attention it commands from students who enjoy engaging with the iPad as a multimedia platform, teachers can use them to improve teaching efficiency and standards.

Effective use of the iPad in the classroom Given its relative newness in schools, often teachers are unsure how to implement the iPad effectively in their teaching, especially as they are an expensive item and there are obvious risks involved in handing them out to students. But this is no reason to avoid them; the paperless classroom for both student and teacher can be achieved with ease through using the iPad and the ever increasing number of apps that provide new and innovative teaching methods. END_OF_DOCUMENT_TOKEN_TO_BE_REPLACED

Published by Sierra Monica P. on July 2, 2012 under Mobile 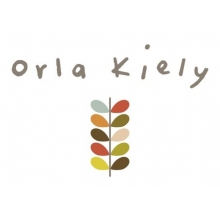 Orla Kiely is a designer getting a lot of column inches in the media at the moment as her designs have been worn by a number of celebrities including Pippa Middleton and Kate Middleton, the Duchess of Cambridge. With Wimbledon 2012 moving into its second week, expect to see plenty of dresses and hand bags by Orla Kiely both in the VIP areas and the court sides. Orla Kiely is an Irish fashion designer working with textiles and the creator of beautiful bags and prints.

As her textile prints and handbags have become more popular her designs have been featured on household items, such as kitchenware and wallpaper, and even on Citroen cars and London buses. It makes perfect sense that her beautiful and popular designs have been used for a range of covers and cases for Apple products.

Apple devices such as iPhones and iPads are noted for their design as much as their function and what I love about the range of Orla Kiely covers and cases is that they make your device even more beautiful. Whereas some protective cases detract from the design, the range from Orla Kiely makes use of the beautiful prints that she is renowned for while creating distinctive items in themselves, the perfect fashion accessory for the stylish lady. The Binary and Multi Stem prints are two standout prints, instantly recognisable as the work of Orla Kiely, and are used frequently in the iPhone and iPad ranges. END_OF_DOCUMENT_TOKEN_TO_BE_REPLACED