Published by Sierra Monica P. on April 1, 2014 under Mobile 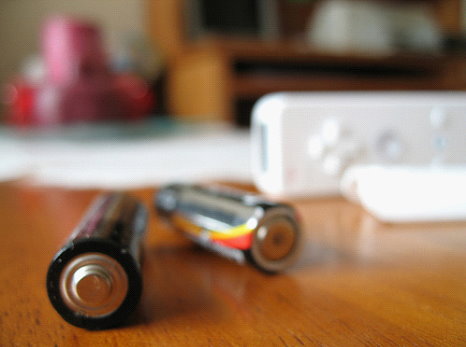 Rechargeable batteries are now commonplace in society and there are many different types which can be bought in store or online. Before trying to find batteries online you need to know exactly what battery you need and here we look at some of the different types available.

This is one of the longest established, dating back as far as the 19th century. This type of battery uses nickel hydroxide for the positive electrode, cadium as the negative electrode and potassium hydroxide as the electrolyte. The battery’s small size and discharge capacity makes them ideal for smaller devices and they have received praise for their consistency and the fact they keep their performance until the point at which they come to the end of their charge cycle. In recent years however, they have been overtaken, to some extent, by newer Lithium and Nickel-Metal Hydride batteries.

These types of batteries have grown in popularity, largely because of their cycle life in that they can be recharged many times over their lifetime, though older models do tend to run out of power. Technologically they differ from the Nickel Cadmium battery in that a special alloy is used, rather than the more toxic cadmium metal as the negative electrode. This also makes them more environmentally friendly and increases their energy density. The fact that older batteries can run out of power means they are not recommended for use in smoke detectors.

These are a very popular battery, mainly for their versatility. Because they can be manufactured in many different sizes, they are widely used to power portable devices such as mobile phones and laptops. Their adaptability is also found in the fact they do not have to be totally discharged before recharging and they are able to cope with many charge/discharge cycles. The batteries are divided by an electrolyte with lithium ion passing through, creating an electrical current. One potential problem comes if some of the metal gets stuck in the electrolyte’s perforations, which can cause the battery to overheat and even, in some isolated cases, explode.

These batteries are renowned for their higher voltage and, with their powerful performance, are especially suited to outdoor usage such as torches and flashlights. However, the higher voltage can also be a disadvantage as it can burn the lights out faster. In some cases they may not work at all in devices that don’t have a voltage regulator. Though some may be advertised as having 1.65 volts, in reality they may in fact have 1.85 and, for this reason, they are not recommended for use with GPS systems.

The cathode in these batteries is made up of a mixture comprising manganese dioxide, while zinc powder makes up the anode. The electrolyte contains potassium hydroxide, which is an alkaline substance and is how the battery gets its name. They are, in some ways, the opposite of the Nickel-Zinc versions, as they are more suited to devices that do not need as much power. Because of this they tend to have a longer shelf life than other rechargeables. Because they keep their charge for longer, they are ideal as a back up battery for when others run out.