Published by Sierra Monica P. on January 25, 2009 under Mobile

Motorola PEBL U6 is a clamshell-style cell phone launched in 2005. It features Bluetooth, web browser, built-in camera with video recording capability, speakerphone, voice memo, and a feature called SCREEN3 that gives you instant access to news, sports, entertainment and other content.

The cell phone manufacturer launched a new version of this stylish handset on the Korean market and dedicated it to couples in searching for a nice gift with the occasion of Valentine’s Day, which is on February 14.
It is called Motorola PEBL U6 Rose Bloom and comes in metallic grey with a red line on the margin and a nice pink flower on the exterior. 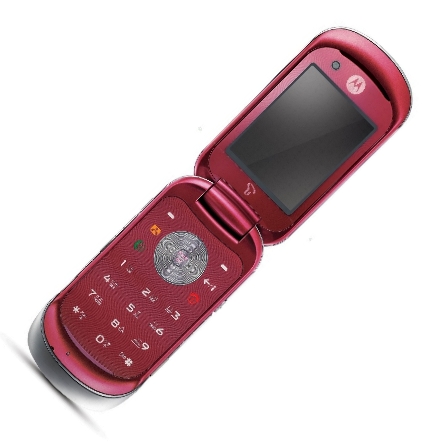 The entry-level handset allows ladies to listen to the music while on the go, take photos with the 2MP digital camera, record video, send and receive files to and from another Bluetooth-enabled device, and surf the web at 7.2Mbps speeds.
Motorola PEBL Rose Bloom is available for SK Telecom subscribers.

No Replies to "Motorola PEBL U6 Rose Bloom for Korean Ladies."
Click here to cancel reply.
Leave a comment: