Published by Sierra Monica P. on August 18, 2014 under Decor 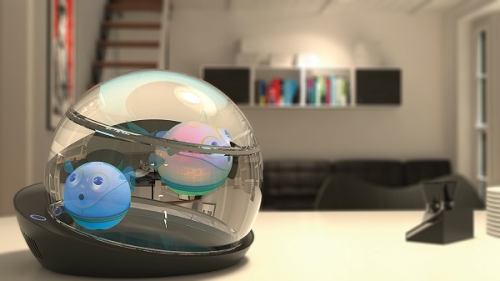 The Capsule by Sphere Corporation is an amazing toy and decorative system that mimics an aquarium with swimming balloonfish. The only “problem” is that the super-cute, colorful, glowing fish are robotic and powered by the latest wireless charging technology.

LumiPUFF was awarded a Guinness World Record for the first wireless induction powered aquatic toy. The tank, called the Capsule, has the charging system in the base which transmits power wirelessly to the fish. This means the Capsule doesn’t require batteries. More than that, the tank and fish use infrared communication so the Capsule system to identify the number of fish, the fish identity and status. 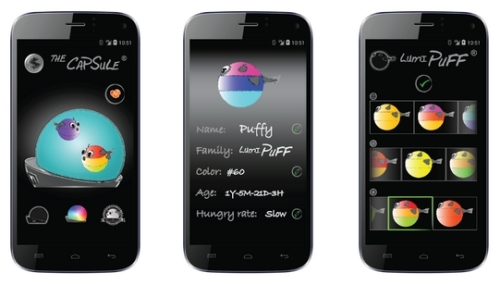 Being equipped with Bluetooth 4.0, the Capsule connects to your smartphone via a mobile app so the user can control and personalize the lighting colors and electronic pet feeding. A light intensity sensor enhances the room lighting effects, while a vibration sensor allows you to interact with the fish inside the tank. You cab tap on the tank and fish will react in a fun way. Although the fish power wirelessly, the Capsule powers via AC.

Watch the video below to see the Capsule in action:

No Replies to "The Capsule Aquarium with LumiPUFF Fish – Most Advanced Robotic Aquatic Toy."
Click here to cancel reply.
Leave a comment: