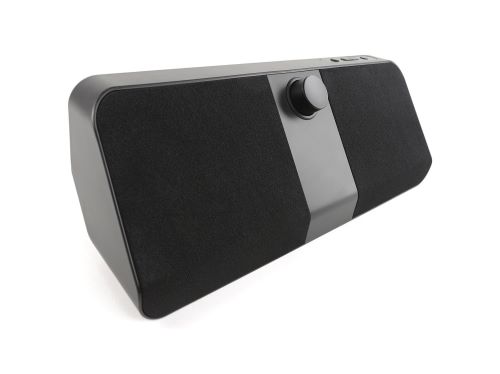 Grace Digital GDI-BTTV100 is a Bluetooth speaker designed to enhance the audio of your TV. The wireless transmitter connects to the TV via a cable but uses Bluetooth to connect to the wireless speaker, replacing the infrared technology, which means you don’t have to keep the speaker and the transmitter in direct line of sight. This way, you can place the transmitter next to your TV and the speaker where you want (within a 3-feet range). The system clarifies the voice and dialog for movies, news, talk shows and sport events. END_OF_DOCUMENT_TOKEN_TO_BE_REPLACED 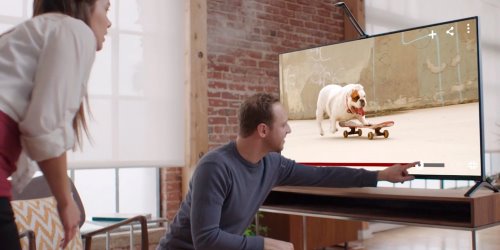 Any 20”-80” flat screen TV with high definition and an HDMI port you have can be used as a big tablet if you attach Touchjet Wave at the top. The intelligent TV accessory enables touchscreen functionality right on your TV, but also lets you download Android or iPhone apps, watch movies, play games, listen to music, read news, browse photos, and share stuff on social sites. END_OF_DOCUMENT_TOKEN_TO_BE_REPLACED

The newly launched Sceptre LED HDTV series doesn’t come with Smart TV features or full HD resolution, but instead it offers a cool alternative to the classic design of the existing TVs. If you care more about the look of the TV in your room and want something colorful, you could pick one of the new HDTVs from Sceptre’s Color Series. END_OF_DOCUMENT_TOKEN_TO_BE_REPLACED

Technology Trends That Will Explode in 2014

Published by Sierra Monica P. on January 23, 2014 under Home

Whether you have a tablet from Lenovo or a Windows 8 compatible PC, you’ll know that technology has come on significantly in recent years. It’s quicker, smarter and quirkier than ever before but that doesn’t stop developers coming up with a host more weird and wonderful ideas. In fact, companies everywhere are taking things to the next level and surprising consumers at every turn, so what technology trends can we expect to explode in 2014? END_OF_DOCUMENT_TOKEN_TO_BE_REPLACED

Just like modern digital cameras, some of the latest camcorders available on the market feature Wi-Fi connectivity, which is a great capability for Internet connectivity and video/photo sharing. One of these camcorders is Panasonic HC-V720, a small and lightweight gadget packing the latest video and photo technologies. Now I want to tell you a few things about one cool benefit of having Wi-Fi enabled in your Panasonic video camera. END_OF_DOCUMENT_TOKEN_TO_BE_REPLACED 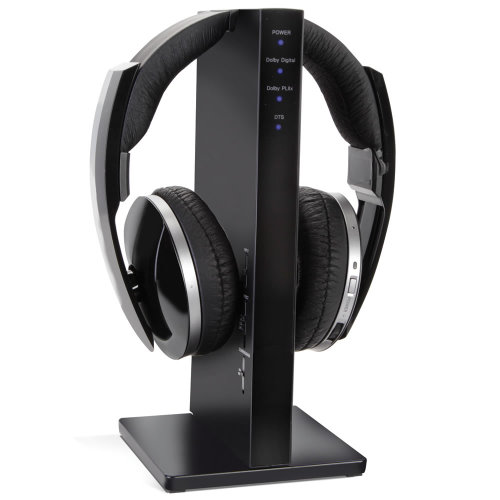 Watching television when some sleeps in the same room requires a quality pair of wireless headphones designed for tv connectivity. This means an undistorted wireless range so you can go to the kitchen with headphones on while continue listening to the tv show, a durable construction, a charging stand, and long battery life.

Such a model comes from Hammacher Schlemmer

, named The Best Television Headphones after being tests by the Hammacher Schlemmer Institute. These over-ear headphones are described as featuring clearest audio quality, greatest transmission range, 7.1 channel surround sound, and great ergonomics, without requiring a line of sight with the transmitter. More than these, the battery is rechargeable and lasts up to 20 hours, so there’s no need to buy batteries all the time. END_OF_DOCUMENT_TOKEN_TO_BE_REPLACED

Published by Sierra Monica P. on October 9, 2012 under Home

Although it’snot wireless, this new LED TV model from AOC was designed to be portable. The smart stand on the back doubles as a hanger which you can use to set the TV on a wall, or carry it. END_OF_DOCUMENT_TOKEN_TO_BE_REPLACED

Published by Sierra Monica P. on October 8, 2012 under Reviews 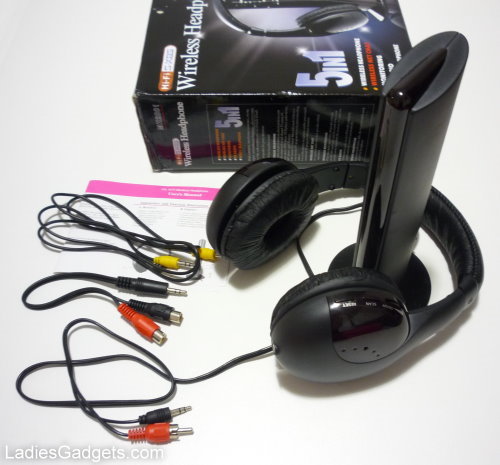 It’s amazing to see how fast technology is advancing and how people who keep up with it have access to many devices created to improve their lifestyles. One of my dreams is to get rid of all wires in my home and replace them with wireless connectivity between devices.

Watching TV at night in the bedroom when someone else is there trying to sleep is a common practice in many homes. Using headphones is a solution but there are at least two issues that I didn’t manage to fix until a few weeks ago – you need headphones designed for the TV, with a very long wire that will get tangled in your bed, plus that you won’t be able to move too much with them over your ears, and secondly, wireless headphones mostly come from famous brands and are expensive. END_OF_DOCUMENT_TOKEN_TO_BE_REPLACED

Published by Sierra Monica P. on October 6, 2012 under Home 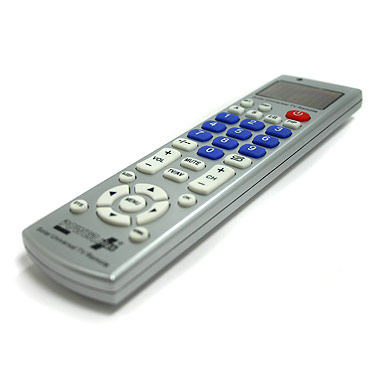 Unlike not long ago, when solar-powered devices were functioning only in sunlight, these days we can find more modern versions that power from artificial light too.One of these is the TV remote control from Gizoo, which can be used to control the TV in any room where there’s light, any kind of light. END_OF_DOCUMENT_TOKEN_TO_BE_REPLACED

Published by Sierra Monica P. on August 9, 2012 under Home

The introduction of internet enabled televisions was an inevitable innovation considering our heavy reliance on televisions and the internet, as well as the intertwining nature of both. Since the ability to stream and download large sized videos was made easy through large broadband bandwidths and the expansion of the internet, we’ve been able to watch the same programs we watch on televisions, online. END_OF_DOCUMENT_TOKEN_TO_BE_REPLACED