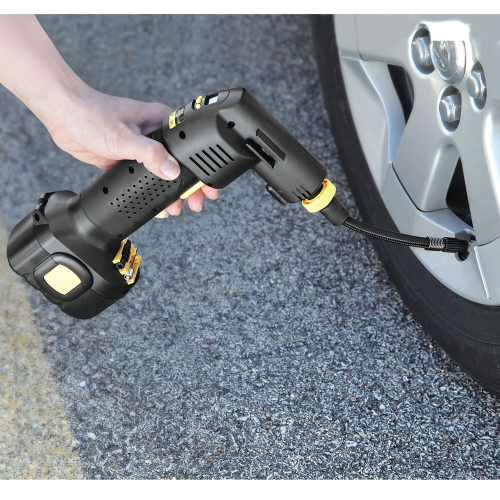 Having an automatic tire inflator like this, allows you to quickly and effortlessly inflate your car’s tires during roadside emergencies. Using the digital pressure gauge, you can set the desired pressure, while operating it is similar to a cordless drill. END_OF_DOCUMENT_TOKEN_TO_BE_REPLACED 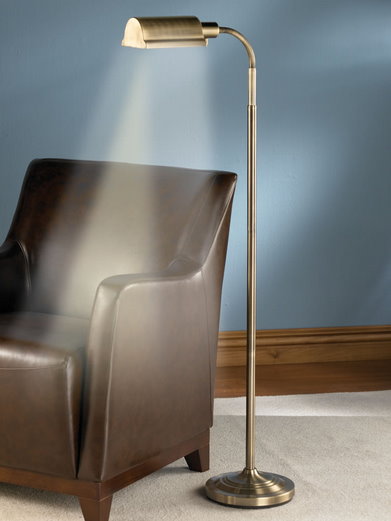 A floor lamp with thin pole, flexible gooseneck and stable base can be placed in small spaces in any room where you need to read in the night, but this is not an ordinary minimalist floor lamp. This lamp is cordless so you’d get rid of the cable and power outlet which you can’t move from room to room, everywhere you’d need light over your armchair. END_OF_DOCUMENT_TOKEN_TO_BE_REPLACED

7 Reasons to Get a Cordless Telephone 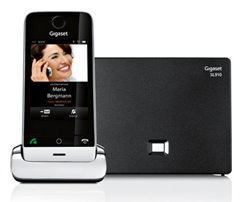 Without a shadow of a doubt the primary reason for getting a cordless phone is the freedom of movement that this device allows. There are countless situations that will arise in the course of a phone call when you might need to be mobile, whether this is to hunt for an elusive pen or to answer the almost inevitable doorbell, and having a cordless phone will ensure that these actions are possible. In our modern busy lives, which generally define multitasking, cutting the cord allows you to talk to the world whilst carrying out the million and one additional tasks that need to be done at the same time. END_OF_DOCUMENT_TOKEN_TO_BE_REPLACED 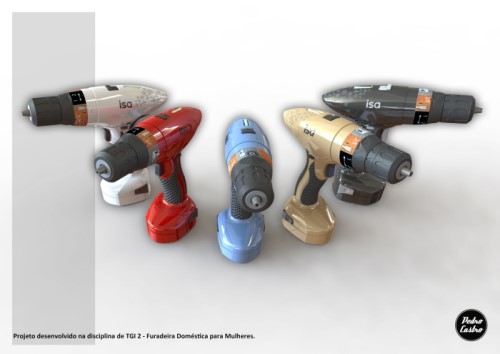 Remember the 2-gear i-drill, the cordpress tool that you can use anywhere on the globe thanks to all kinds of included accessories? After publishing the review, Pedro Henrique Castro contacted me from Brazil to ask more details about the tool because he wanted to finish his collage graduate work, the project involving the design of a cordless drill that is so easy to handle that even women could use to drill holes in concrete walls. END_OF_DOCUMENT_TOKEN_TO_BE_REPLACED 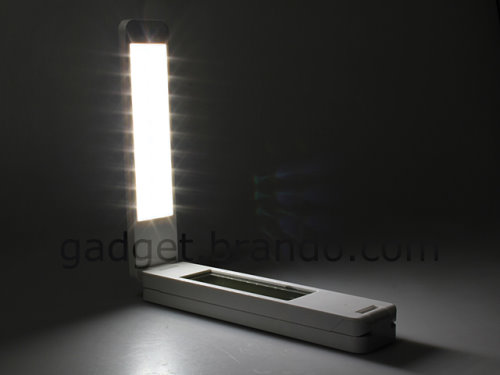 This is a new gadget introduced at Brando recently and was designed to attach to your office desk. The lamp is foldable and uses bright LEDs to light the surrounding so you can continue working in the night, while the digital screen shows the date, time and temperature in both Celsius and Fahrenheit. END_OF_DOCUMENT_TOKEN_TO_BE_REPLACED 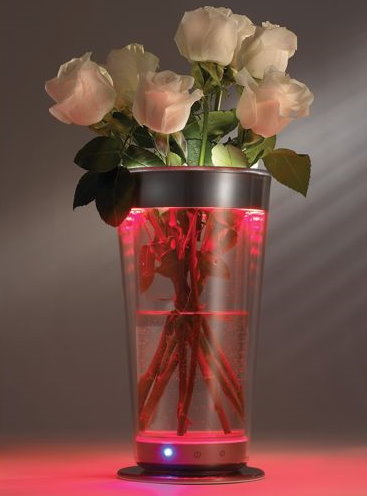 This awesome vase can be set to light up in 300 different colors. It’s a marvelous gift for someone who has just moved into a new home. END_OF_DOCUMENT_TOKEN_TO_BE_REPLACED

Published by Sierra Monica P. on June 7, 2011 under Decor 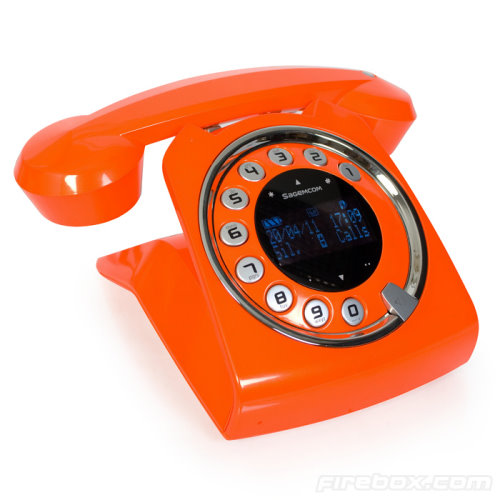 The Sagemcom Sixty Cordless Telephone incorporates the vintage phone from the ’60s with cutting-edge technology that is supplied by our modern times. It’s also very orange. END_OF_DOCUMENT_TOKEN_TO_BE_REPLACED

Published by Sierra Monica P. on March 18, 2011 under Reviews 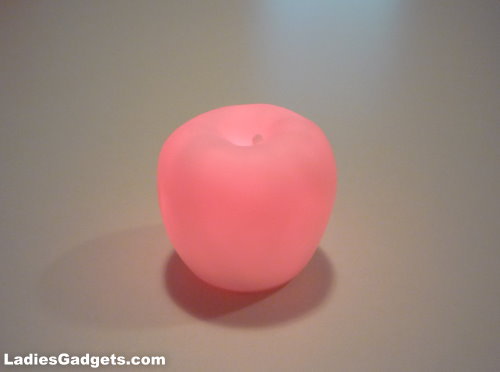 This cute gadget is a decorative light shaped like an apple that fits your palm. It uses the LED technology to produce a soft glow and has the ability to change its color automatically. Three LR44 batteries are enough to power the glowing apple, making it a beautiful cordless lamp which you can use to find things around the house during the night. END_OF_DOCUMENT_TOKEN_TO_BE_REPLACED

Published by Sierra Monica P. on March 2, 2011 under Reviews 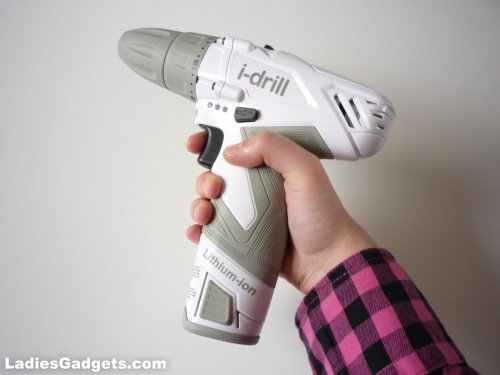 The tool I am reviewing today is something that, in my opinion, can’t miss from any home. Whether you are an expert in fixing things around the house, or just complaining about broken stuff that no one cares to repair, i-drill PowerTools offer the solution for all cases. That’s because it was designed to be easy to use by anyone, while saving money and time. Why spending extra on a carpenter when you can do it yourself, when you need to?

i-drill is a relatively new brand focused on providing a more comfortable alternative to traditional tools that only men could use. This time, women too have access to a range of friendly tools developed in such a way to be easy to store and use.

i-drill tools are characterized by a wide range of uses, cordless function, portability, global charging, attractive design, and global 5-year warranty. The current i-drill series includes the 1 gear i-drill for drilling and screwing, the impact driver for drilling holes in solid walls, the oscillating saw for cutting things in small spaces, the LED torch, and the powerful 2 gear i-drill that you’ll have the chance to find out more about from the following lines. END_OF_DOCUMENT_TOKEN_TO_BE_REPLACED

Published by Sierra Monica P. on September 15, 2010 under Home 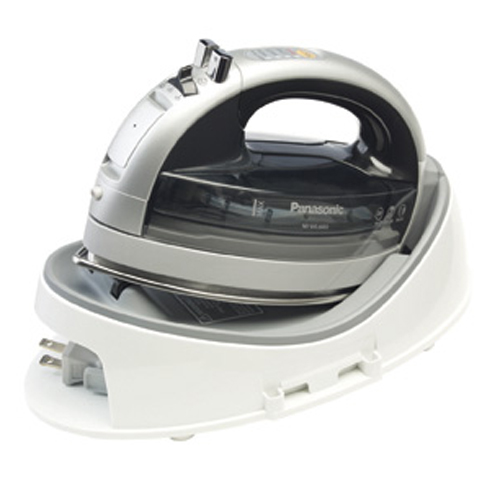 Created to be easier to maneuver and store, the new Panasonic 360° Freestyle Cordless Steam/Dry Iron features a multi-directional design and an elliptical soleplate for faster ironing. It’s included in the Panasonic 360° Quick Steam/Dry Irons series and is a great solution for precise ironing of cuffs, collars and the areas around buttons. END_OF_DOCUMENT_TOKEN_TO_BE_REPLACED