Published by Sierra Monica P. on September 6, 2009 under Home 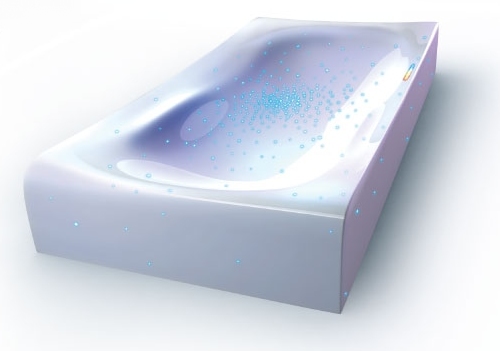 Nirvana Bathtub is one of the winners of a Product Design Award at Red Dot 2009 and it’s obvious why. It has an unique design created using a translucent acrylic layer called i-Crylic through which 360 LED lights produce an impressive effect as well as chromotherapy. The person who takes a bath in the Nirvana Bathtub feels like floating in the galaxy. 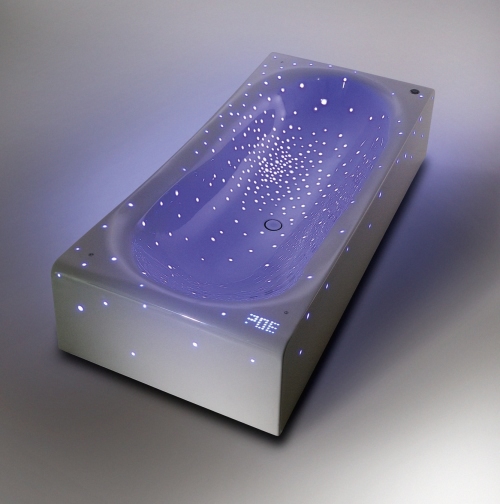 The bathtub was designed and manufactured by Bathroom Design from Bangkok, Thailand, and consumes 60% less water than similar models available on the market.
Its shape was created with ergonomics in mind and the bathtub looks like made from a single piece. Inside it hides the control system that enables the hand shower to move upwards as the user slides the hand over the symbol, while having the possibility to turn off all the lights.
There is an electronic tap, automatic water functions and a temperature indicator located on the rim.