Let’s hear it for the hoodie!

Published by Sierra Monica P. on September 20, 2013 under Outdoors 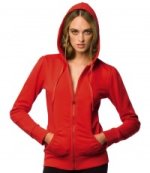 There has probably been no more contentious fashion item in the last twenty years or so than the hoodie. Its very existence seemed to divide the nation. From David Cameron’s famous “hug a hoodie” speech to its banning in certain shopping centres, one simple fact seemed to be forgotten. Lots of people wear hoodies simply because they like them. A hoodie is comfortable, it keeps you warm, and to many eyes – it looks good.

The history of the hoodie

Although you can make a case that a variation of a hoodie has been worn for centuries (medieval monks spring to mind), in common with jeans, modern hoodies came into existence as a work rather than a fashion item. Their first use was when sportswear firm Champion introduced them as a line to keep workers warm in cold warehouses in New York in the 1930s.

The company began to market the product to schools and colleges and that’s where personalised or embroidered hoodies were first seen. They remain must-have clothing in that environment until this day and the practice has crossed the Atlantic to educational establishments in the UK as well.

The chance to design your own hoodie

Whether as a single gift, or to identify a business or team, a company like Brandawear now gives you the opportunity to produce personalised hoodies. These can bear corporate logos, team badges, or simply slogans to get your message across. Depending on the number and style you need, these can be embroidered, screen or transfer printed. Their latest process even allows digital printing direct to a garment.

The story moves on

One of the first introductions to the hoodie for people in the UK might well have been in the 1976 film Rocky. If you have ever seen the movie, the iconic training scenes have probably already come to mind! It also soon became a popular part of hip hop culture.

Perhaps the most famous avid wearer is the Facebook guy Mark Zuckerberg. Billionaire or not, the hoodie is often his clothing of choice. Maybe this is because, apart from anything else, a hoodie is just plain comfy.

The ever-growing world of hoodies

A quick round the globe trip reveals that, in the Canadian province of Saskatchewan, hoodies are often affectionately referred to as bunny-hugs! New Zealand introduced a Hoodie Day in 2008 and in the following year added a slogan “See a goodie in a hoodie”. Nowadays many famous faces are framed in one. This includes a member of the royal family as Zara Phillips has been officially photographed as a wearer. And let’s face it, if it’s good enough for Obi-Wan Kenobi who are we to argue?

Making best use of a hoodie

Even if not to your personal taste, the world has certainly now fully embraced the hoodie. So it makes sense to take the chance to use personalised or embroidered hoodies to market your company or product, announce your team or group to the world, or just create a fun gift for someone. These terrific folk at Brandawear are always ready to help!