Published by Sierra Monica P. on January 5, 2012 under Home 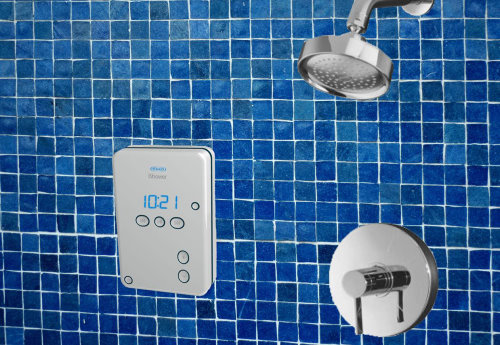 iDevices announced a new smart device that allows you to listen to music while taking a shower. iShower is water-resistant and mounts in the shower to play music via Bluetooth, while connected to your Apple or Android device within the 200-foot supported range.

The playback time is of up to 15 hours and iShower can record up to five pairings. You can play/pause/forward/rewind songs and adjust the volume to cover the water sounds in the shower.

The device powers from three AA batteries and also displays the time. It attaches and detaches easily, while it can also hang or stand.

iShower will be showcased at CES this year and is priced at $99.99.

No Replies to "iShower Bluetooth Speaker Plays Music in the Shower."
Click here to cancel reply.
Leave a comment: