I’m sure you’ll love this cell phone and want to have one, but it’s just a design concept at the moment, not even a prototype. I didn’t find its name, but it was designed by Seunghan Song as a fully transparent handset capable of making accurate weather forecasts by changing its appearance to reflect the upcoming weather conditions.
There is no fully transparent cell phone available on the market, and the first manufacturer that released a mobile phone with transparent sliding keypad is LG. The model is named LG-GD900 Crystal and besides the full touchscreen display it support finger input via the transparent keypad, including gestures. 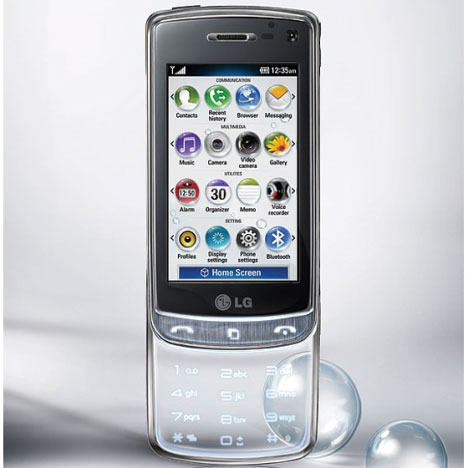 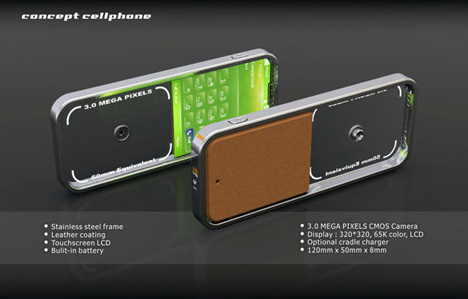 Another design concept that’s similar with this handset here optimized for weather predictions is known as What You See is What You Get revealed in 2007 by Pei-Hua Huang, its designer. 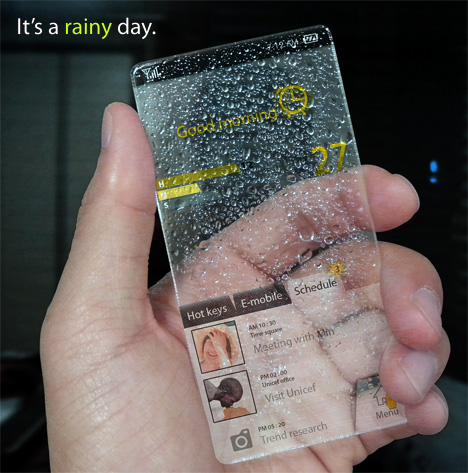 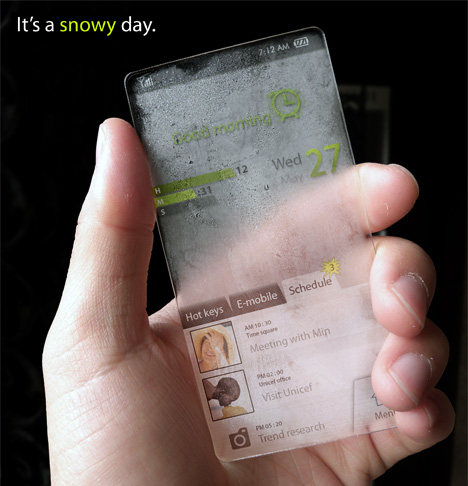 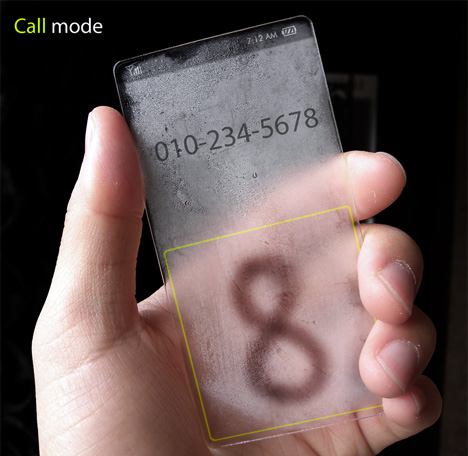 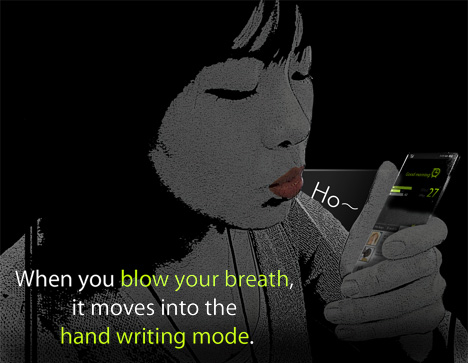 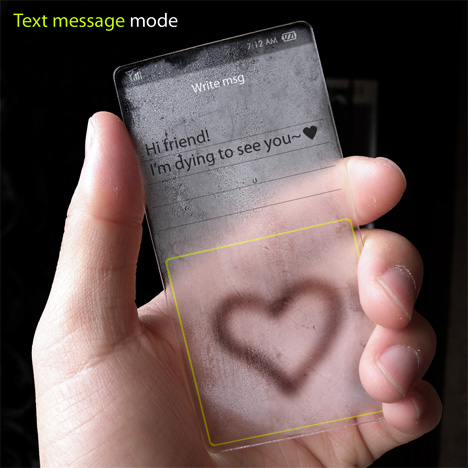 Seunghan Song imagined her concept a translucent cell phone with touchscreen interface and various communication applications like email, SMS and instant messaging, while simple gestures, such as blowing your breath over the screen, can enable other functions like the handwriting mode. The last part doesn’t sound a good idea, as you need to keep the touchscreen clean, but who wouldn’t want to have this cool cell phone to stand out from the crowd?