Malware Warning Removed. We Are Back

Published by Sierra Monica P. on September 22, 2012 under Blog News

Yesterday started as a shocking day, when I discovered the malware warning message as I was trying to access my blog. Today things got back to normal, thanks to our favorite social media marketing company, IZEA, who moved quickly and fixed this issue.

The message scared me at first, because I don’t know much about code injection and how to remove malware from a site, while it was also amusing, in a way, as this happened right when I was about to publish the article about my experience with Bitdefender. Bitdefender Total Security 2013 is the security software I’m using to protect my computer from online threats and it has been doing a great job so far, for the last three years, while it also was the one that prevented me from accessing my own site to not get infected. END_OF_DOCUMENT_TOKEN_TO_BE_REPLACED

Published by Sierra Monica P. on September 11, 2012 under Blog News

WishFree.com are on the hunt for the Best Technology Blog so they launched the Tech Blog Awards where you can nominate your favorite technology blogs. By September 30th, your votes will decide the top 10 blogs that will enter the final round, while on October 10th, nominations will be closed so the winner will be announced on October 12nd. END_OF_DOCUMENT_TOKEN_TO_BE_REPLACED

Published by Sierra Monica P. on August 20, 2012 under Blog News

Thanks for voting in our poll and for commenting! It helped in deciding if to keep the violet version of the Ladies Gadgets theme. The change from red to purple was sudden, but now we’re glad we made it. END_OF_DOCUMENT_TOKEN_TO_BE_REPLACED

A few days ago I received an email from a twitter rep who informed me that the access to my hacked account was restored for me. This is great news because I’m happy to announce our followers that you can continue reading our updates via twitter.com/LadiesGadgets. END_OF_DOCUMENT_TOKEN_TO_BE_REPLACED 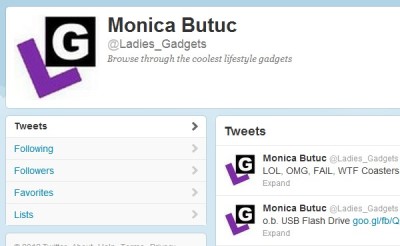 Guys, it’s time to tell you some of the latest news regarding LadiesGadgets.com. As you already guessed from the title, the first twitter account was hacked a while ago. I don’t know exactly how that happened, but it turned out that my personal information wasn’t recognized anymore so I wasn’t able to login to that account. I suspect someone got the hands on the password, which was the same for several social networking sites. My bad. Will never happen again.

That and the fact that twitter didn’t gave me the access to the old account back, made me decide it’s time to create a new account wearing a similar name so you can easily find it and switch to it as soon as you can. END_OF_DOCUMENT_TOKEN_TO_BE_REPLACED

Published by Sierra Monica P. on January 2, 2011 under Blog News 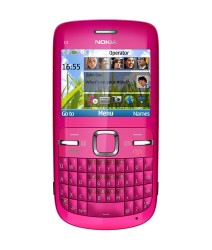